Our company has a number of deployed laptops that have various combinations of the older "RingCentral Classic", "RingCentral Phone" and "RingCentral Meetings" apps on them. I found the PowerShell script that can cleanly uninstall all of them -- which is great!:

But the next challenge is, I want to load the new "unified" desktop client on all of these machines right after that script finishes.

We're using Microsoft InTune, so I can build a custom win32 package containing a version of this PowerShell script with an additional command at the end to launch a bundled copy of the latest RingCentral unified client. But I keep running into problems because this PowerShell script doing the uninstallation is doing so under the "system" account (essentially an administrator-rights account). But the RingCentral client installs on a "per user" basis. So it tries to create the desktop shortcut and autorun info and so forth under the system account, instead of the user actually logged into the PC who wants the product!

Is there a way to launch the RIngCentral desktop client installer in a way where it installs for ALL users of the computer (vs storing some of the data under a specific user's profile)?

This is a great question, @Thomas Wyrick! We're investigating this internally.
We'll circle back here when we have a response.

Hello @Thomas Wyrick There's no better way of explaining the answer to your question through my words, so I'm posting here a screenshot of the conversations from our RingCentral Internal experts. I hope this will help! 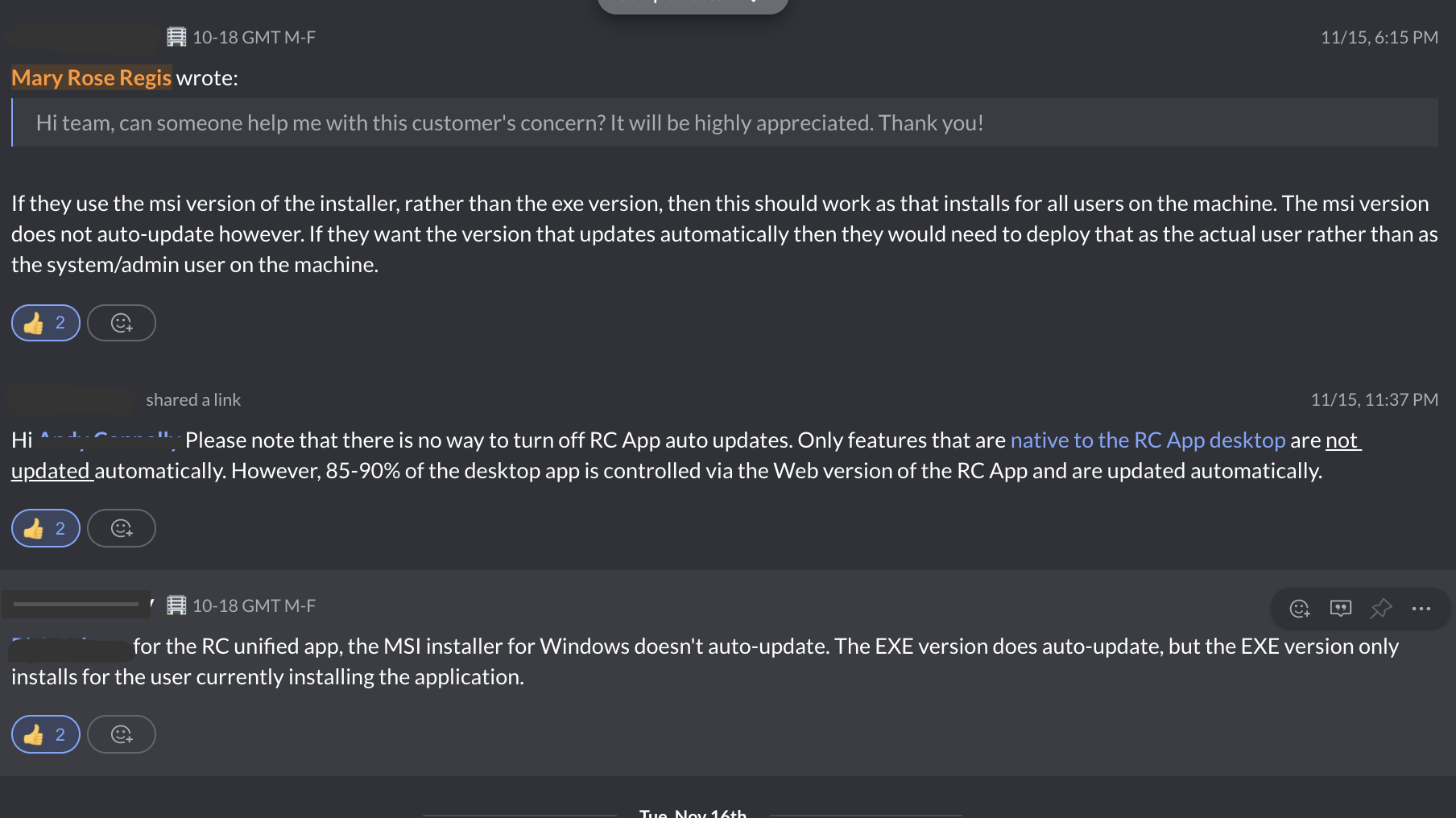 6 People are following this question.

Can we record just the speaker/leader in Glip Ringcentral Video?