FYI - The RingCentral Desktop Phone App (which is not the same thing as the RingCentral App), is not yet compatible with MacOS 13 (Ventura). It will quit upon application start with an audio IO error. This has been tested on both Intel and Apple silicon, and both tested with clean builds on Beta 4. Hopefully they will have a new version out by the time of Ventura's release in the fall.

We will look at it.

could you please make a test with the latest beta?
beta5.png 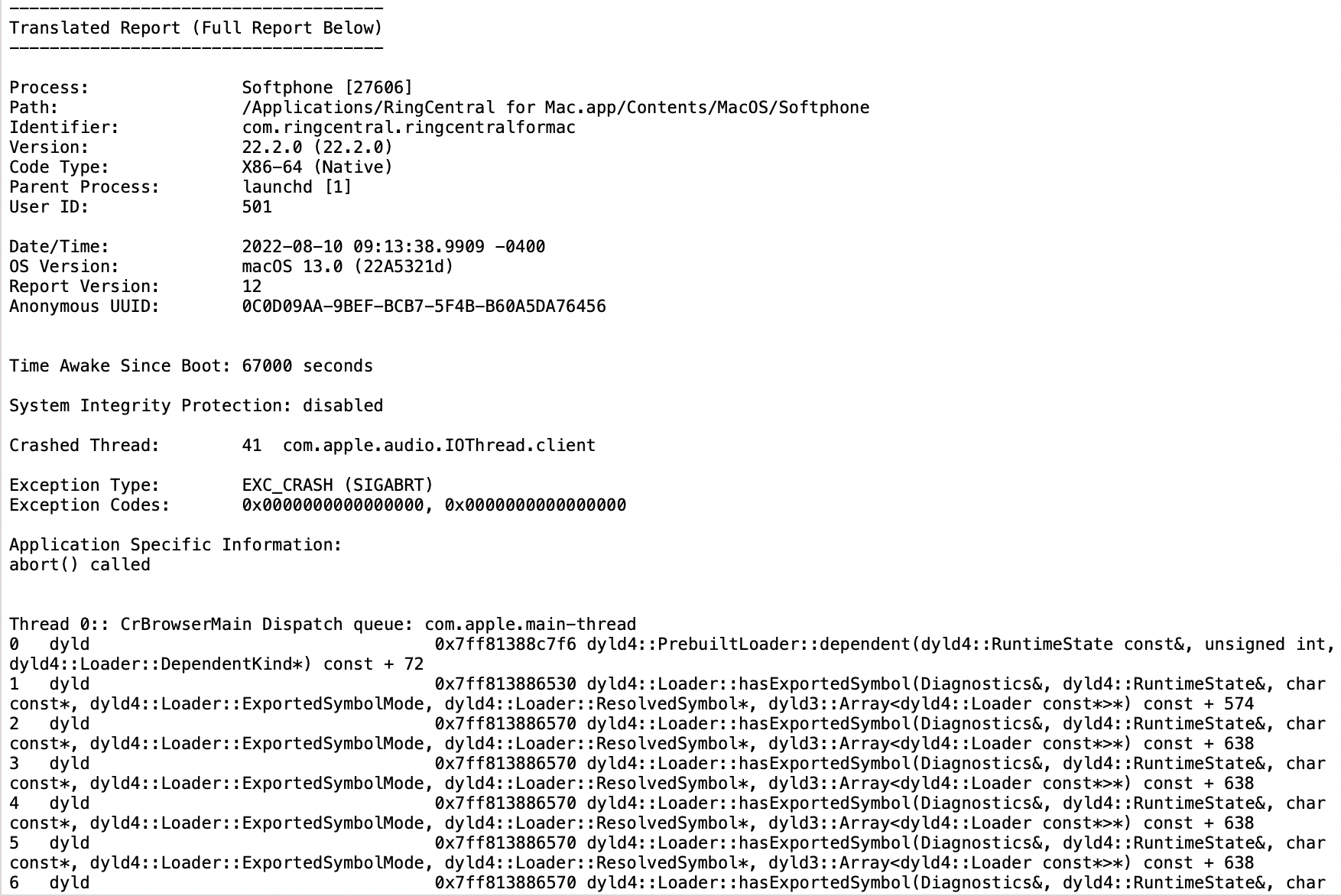 8 People are following this question.

Forwarded Calls not Ringing on the Mobile Application - Computer App shows calls, mobile app does not