christin-coles commented · Mar 27, 2020 at 06:12 PM
I am currently on the phone with support for this very issue. Seems like such basic functionality.
0 Likes 0 ·

What is the status of this issue? @Jessica-Community_Moderator

We are a new customer recently switched to RingCentral, and today I was needing to set this up only to find such a basic tele-function is not supported in the desktop app for well over a year now.

Why would user receiving the call need to install and keep open a separate app just to accomplish this? Who 'okayed' the desktop app for release without support for this functionality?

This is currently available. In the app, navigate to preferences -> phone -> call forwarding. 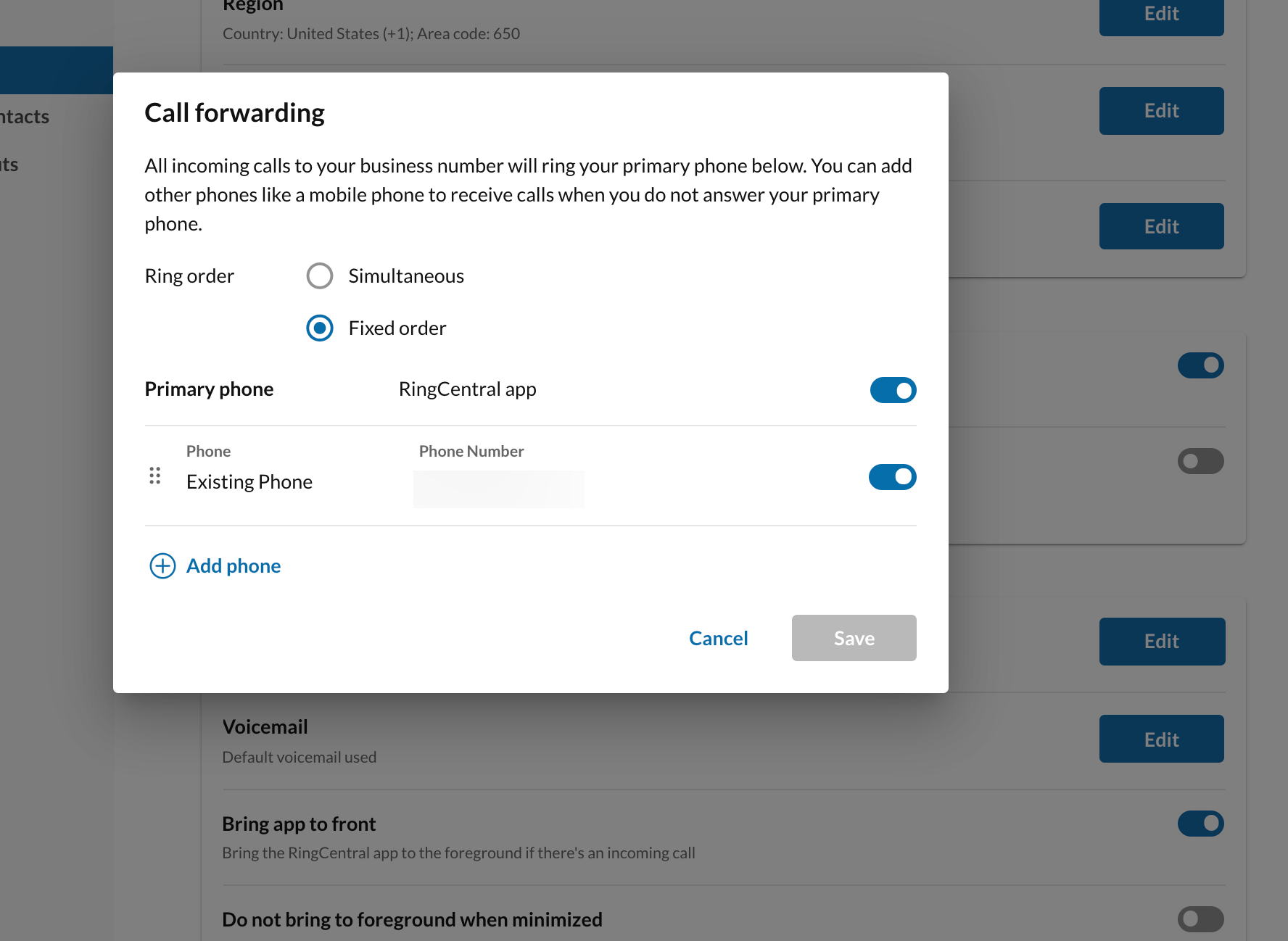 Hi Jessica - thank you for your reply, but the feature you depicted/pointed to is different than what is asked in this ticket. The request was to allow one Ringcentral user in the organization to forward their extension to another Ringcentral user.

If I check the Call Forwarding function as shown, the only options I have available are Home, Mobile, Work, and Custom. If I try to choose custom and enter the extension of another user, I get an error that it is an invalid phone number.

I should have an option to enter an extension, or select User and choose from a list of colleagues to whom I would forward calls.

The use case of this being if I'm out of the office, or on vacation, or a staff member is on leave, we want to make sure their calls are still being covered/answered.

Hi, we'd also like to use this feature without having to use an additional app. I can't even find the RC Phone app in the Google Play store any more? When will it be available?

Maik, the phone app is no longer available.
As Jessica pointed out, you should be able to do this. If not, please shoot us an email at Community.Support@RingCentral.com and we'll be glad to investigate further.

jessica-community-moderator answered • Mar 31, '20
Our product team is working on ensuring that features of the phone app are available in the unified (Glip) app. While they're working on this, please continue to utilize the phone app.
0

7 People are following this question.